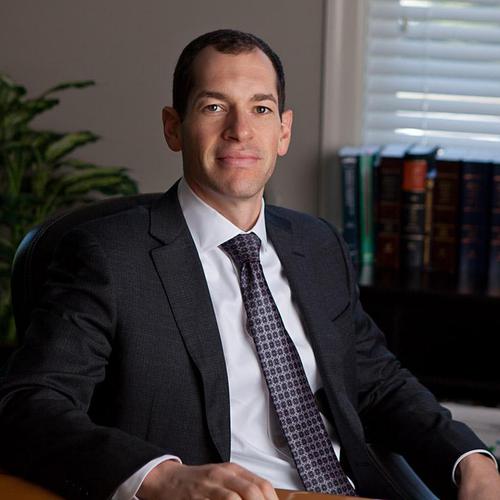 Talks covered by this speaker

Justin Spizman is an award-winning and bestselling author, ghostwriter, editor, and proposal writer. Since beginning his career as a writer while in law school, Justin has worked on numerous non-fiction books and successful book proposals. Justin prides himself in his ability to work with people from all different backgrounds, upbringings and expertise. Through working closely with some of the most successful people in their respective industries, Justin has gained strong insight and understanding into the most efficient and effective means to create a fantastic and marketable story primed for exciting opportunities.

He has collaborated on books in the areas of self-help, business, leadership, sports, entertainment, law and other non-fiction. Justin has developed distinctive and marketable book proposals reflective of his clients’ personalities. His communication skills, focus, flexibility, professionalism, writing ability, and desire to create a complete and high-quality product help to fuel the success of his clients. He collaborates with his clients not just to write books, but to strengthen brands, build legacies, and create enormous opportunity. Justin dedicates the time and attention necessary to create winning projects by creating a manuscript representative of an author’s most heartfelt and meaningful message. His experience in the marketing and promoting of numerous award-winning books of his own and those written by his clients greatly assists them in navigating the ins and outs of the industry.

Some of Justin’s clients include five-time Heavyweight Boxing Champion Evander Holyfield, NCAA Championship-winning basketball coach Jim Valvano and The V. Foundation for Cancer Research, climate activist, hip-hop artist, and powerful voice on the front lines of global youth-led movement Xiuhtezcatl Martinez, sports agent Molly Fletcher, former General Manager of the Denver Broncos Ted Sundquist, branding and marketing genius Joey Reiman, and numerous other entrepreneurs, self-help gurus, CEOs, coaches, entertainers, and thought leaders in their respective industries. Justin is always on the lookout for the next game changer with which he can collaborate. During the course of his writing career, his various books have included amazing interviews from the likes of renowned actor Mark Ruffalo, respected actress Shailene Woodley, commentator and author Van Jones, educator, author, and businessman Stedman Graham, NCAA basketball world champion coach Tom Izzo, MLB future Hall of Fame coach Bobby Cox, activist Suzy Cameron, actor Adrien Grenier, environmentalist and author Bill McKibben, filmmaker and photographer Jeff Orlowski, and many more. Over the years, his ability to capture the true heart and soul of these interviews and weave them into the book manuscript has become a great strength of his writing.

He has published numerous major book projects within the past 15 years as a professional writer. The most recent includes the 2017 book We Rise: The Earth Guardians Guide to Building a Movement that Restores the Planet, co-written with Xiuhtezcatl Martinez and published by Rodale. Xiuhtezcatl Martinez is a 16-year-old climate activist, hip-hop artist, and powerful new voice on the front lines of a global youth-led movement. We Rise includes powerful interviews with Mark Ruffalo, Van Jones, Shailene Woodley, Adrian Grenier, Suzy Cameron, and even an endorsement from Leonardo DiCaprio. former NFL legendary Quarterbacks Joe Theismann and Roger Staubach.

Justin also recently collaborated with ECOfashion and internationally recognized ECOlifestyle entrepreneur Marci Zaroff for a 2018 Atria/Enliven release, entitled ECOrenaissance: A Lifestyle Guide for Co-creating a Stylish, Sexy, and Sustainable World. With a forward by Aveda Founder Horst Rechelbacher, ECOrenaissance provides inspiring tips and tricks for how to live and shop in harmony with nature without sacrificing style or luxury, and how best to benefit from the current renaissance—a global rebirth of sustainable economics, progressive ethics, and green culture. Justin’s road to these major book projects started 15 years ago as a first year law student. His first book was The Insider’s Guide to Your First Year of Law School: A Student-to-Student Handbook from a Law School Survivor. George H. Ross, Executive Vice President and Senior Counsel for the Trump Organization, as well as Trump’s right hand man on the hit television show, The Apprentice, wrote the foreword for this book. Justin then authored Don’t Give Up…Don’t Ever Give Up: One Coach, The Inspiration of Jimmy V–One Coach, 11 Minutes, and an Uncommon Look at the Game of Life. This true story about the legendary college basketball coach, Jim Valvano, is an inspirational and motivational self-help and sports book. Justin worked closely with Jim’s brother, Nick Valvano, and ESPN to secure the rights to include a DVD of Jim’s famous speech with the book, which eventually became a bestseller, with proceeds from the sale of the book going directly to The V. Foundation for Cancer Research. Shortly thereafter, The Georgia Writer’s Association awarded Justin The Georgia Author of the Year Award for his work on Don’t Give Up…Don’t Ever Give Up. This book reached bestseller status on numerous publications and annually sells thousands of copies with the support of ESPN and the ESPYs.

Next, Justin collaborated with Molly Fletcher, one of the most successful sports agents in the country and coined by CNN as “the female Jerry Maguire.” Together, they wrote The Business of the Best: Inside the World of Go-Getters and Game Changers, published by Jossey Bass and John Wiley & Sons. The Business of the Best includes some of the most successful athletes, coaches, and businessmen and women of our time, including Arthur Blank (co-founder of The Home Depot and owner of the Atlanta Falcons), Roger Staubach (former Super Bowl MVP and real estate mogul), Stedman Graham (businessman, speaker, author, and philanthropist), Alana Shepherd (founder of the world-renowned Shepherd Center), John Smoltz (former All-Star and Cy Young Award-winning Major League Baseball pitcher), and many more. Molly now books over 150 speaking engagements per year to Fortune 500 companies and has since gone on to publish numerous follow-up books with major houses.

Shortly thereafter Justin worked with Ted Sundquist, former General Manager of the Denver Broncos, to author his award-winning book, Taking Your Team to the Top, published by McGraw-Hill. He also worked on another award winner, The Story of Purpose, published by John Wiley & Sons and written by marketing/branding genius Joey Reiman.

Justin currently lives in Atlanta, Georgia with his wife Jaime, their two beautiful daughters Dani and Bella, and their rambunctious dog, Guinness. When he is not writing he enjoys following his beloved Texas Longhorns and Atlanta Falcons. But his wife would tell you that any football game distracts him. He also stays active and enjoys spending time in the gym. When time allows, he loves travelling the world and eating his way through different countries.

Your logo could go here!

If you'd like to get your brand in front of Attendees following the categories this speaker is talking about (on this page, via email and during each talk) contact us.

This website (and some of its third-party tools) use cookies. These are important as they allow us to deliver an exceptional experience whilst browsing the site.

By clicking 'Accept', you agree to the use of cookies.